Help Me Get My Sexy Back! What It’s Really Like to be a Beachbody Coach 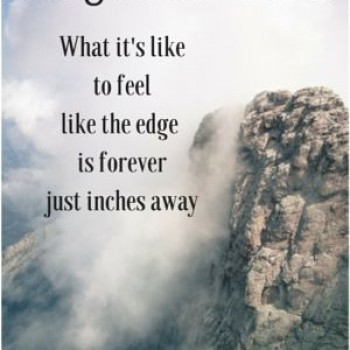 When most people hear “PTSD,” they envision war veterans, assault victims, and survivors from a catastrophic accident. Those are the people who make the news, the people that are used online as click-bait. They are attractions in a world of people who experience trauma by proxy.

I will not be one of those people, but I will tell what I can comfortably share of my story.

PTSD, like any other mental illness, has it’s share of naysayers and unbelievers. The thing is though, the only ingredient needed for developing PTSD is trauma. Everyone responds to traumatic events in different ways. Your “no big deal” could be my traumatic event, and vice versa. There’s no defining criteria for what makes a traumatic event so, well, traumatic. Let’s get this straight: If I say it was traumatic, it was. There are no “buts” or caveats. It is solely my decision, based on how I was effected. It is not about you. It never was, and it never will be.

My own PTSD manifested due to childhood abandonment, emotional neglect, immersion in the drug culture when I was too young to have a say in where I went and with whom, and acts I witnessed that are so staggeringly awful that I refuse to speak of them anymore.

I became a stereotype; a statistic. Girl from broken home marries abusive man. It’s a tired, ancient story that has played out over centuries, in homes the world over, no matter race, culture, social status, or intelligence. Perhaps I could have healed sooner if I hadn’t married my ex. Perhaps without the years of emotional sabotage he inflicted, I would not be as scarred and scared as I am today.

The past cannot be changed though, and no one is immune to what life throws at them.

My PTSD manifests itself in a way that looks outwardly similar to Borderline Personality Disorder. I hurt myself; I hit myself about the head with closed fists because I feel deep down that I deserve it. I punish myself for having feelings, because those were not allowed, unless they were feelings that made someone else feel good. My own negative feelings had consequences that were, to say the least, unpleasant.

I can go from calm and collected to screaming with fear-parading-as-rage in less than one second. That is not an exaggeration. I never learned to self soothe. I never learned to regulate painful emotions. Every hurt feeling is an avalanche barreling towards me and I am terrified.

I can go from calm and collected to screaming with fear-parading-as-rage in less than one second. That is not an exaggeration.

I trust no one. Not even myself. I have not personally known a man, with the exception of two, who did not betray their partner. The women in my life have not had a better track record. I was dragged along through the twisted dramas of affair after affair. I was there the night my uncle found his wife in bed with another man and burned every article of clothing she owned right there in their front yard. I stood in my grandma’s kitchen as my aunt and her lover, her in just a robe and him in just boxers, pleaded for a car and a credit card to escape the 160+ miles to El Paso. The only reason the police weren’t involved is because we all lived so far out of town that there were no neighbors or passers-by to witness the flames.

There was no one to keep me sheltered from The Bad Stuff that night, nor countless other nights. The adults would try to tell me half-hearted lies so that I wouldn’t ask questions, but I saw right through them. Kids are a lot smarter than you think.

There are days I am absolutely convinced that my existence is a mistake. Surely the universe has sent me a message: “You weren’t suppose to be here, and now look at the havoc you have caused. You need to rectify this.”

I have felt suicidal since I was 15. The only reason I am still alive is my absolute stubbornness to keep going, and my daughter. I would never intentionally hurt her, so no matter how I feel, I put her first. I put one foot forward, hour after hour, and do my best to be the kind of parent I should have had.

There are days I am absolutely convinced that my existence is a mistake. Surely the universe has sent me a message: “You weren’t suppose to be here, and now look at the havoc you have caused. You need to rectify this.”

I live with PTSD every second of every day. It colors my world a timorous gray. It touches every corner of my mind like ants swarming on a carcass. I’ve always gravitated towards hobbies and interests that other people find repulsive and frightening, like insects and reptiles, or which can be achieved solo, like photography and writing. It’s been questioned if I chose hobbies that required no one else, so that I would not have to interact with others. I suppose that’s partially right; I’ve always been a complex mixture of intensely personable and comfortably introverted. I was never going to be a cheerleader anyway.

This kind of PTSD takes years to recover from, because it took 29 years to develop it. I am 33 now. I’m remarried, in a drastically different environment in so many ways, and I do see improvement. My husband sees improvement. I rejected medication for so long, because I am very sensitive to anything synthetic, but I now take 50mg of Zoloft each day. I don’t like that I feel dulled, I don’t like that my libido has tanked, but I do appreciate the edge it takes off of my anger and anxiety. I have gained much-needed weight because I am no longer too anxious to eat, and I have insomnia less often.

I rejected medication for so long, because I am very sensitive to anything synthetic… I don’t like that I feel dulled… but I do appreciate the edge it takes off of my anger and anxiety.

My friends and family find me more tolerable, which is conflicting for me. On one hand, I don’t want to have to chemically alter myself in order to be loved. I resent it. I resent them for it. On the other hand, I am terrified of abandonment so stopping the medication feels like voluntarily drowning. I can put myself in quite the quagmire sometimes.

W.I.R.L. To Come From An Abusive Childhood… Growing as an Adult

An Old Man in a Music Video Once Said…

I Don’t Want To Be A Champion For Abused Women

W.I.R.L. To Come From An Abusive Childhood… Growing as an Adult

Hi all! I’m Nicole. I’ve contemplated for days and weeks just how I ... END_OF_DOCUMENT_TOKEN_TO_BE_REPLACED

What It’s Really Like To Win $1 Million on TV!

You just won $1 Million! Isn’t that the phrase we’d all like to hear... END_OF_DOCUMENT_TOKEN_TO_BE_REPLACED

Life Without a Gallbladder

Last April, I started having severe stomach issues and they got progressively wo... END_OF_DOCUMENT_TOKEN_TO_BE_REPLACED

Today started like any other day. I took the kids to school, came home, and had ... END_OF_DOCUMENT_TOKEN_TO_BE_REPLACED

Raising Chickens For The Beginner

Raising chickens is a crazy and weird experience. Or Maybe it was just the way I... END_OF_DOCUMENT_TOKEN_TO_BE_REPLACED

Happy Easter to all of our awesome members and followers. We hope you hav... END_OF_DOCUMENT_TOKEN_TO_BE_REPLACED

After the incredible response from our “Love, Loss and Forgiveness” ... END_OF_DOCUMENT_TOKEN_TO_BE_REPLACED

It has become somewhat of a whispering joke amongst family members. Oh, look at ... END_OF_DOCUMENT_TOKEN_TO_BE_REPLACED