No I am not referring to when the U.S. men’s hockey team defeated the Soviets in the 1980 winter Olympics. The miracle that I am going to share with you today is the story of my engagement to the love of my life.

If you would have told me 2 yrs ago that that summer I would meet the man of my dreams and be completely head over heels in love with my best friend I would have told you that you were certifiably insane! At 29 I had become somewhat accepting of the fact that I would just be the cool aunt that was eternally single.

No one ever warns you how hard dating in your late twenties are. You’re finally in a place where you know who you are and what you deserve, but where do you find someone to fit this ideal? (it’s not like college where you’re surrounded with possibilities) So, after some nudging by my sister, I decided to try online dating and signed up for Match.   After months of endless first dates I was exhausted, and decided to take a break. I spent April helping my twin sister prepare for her up coming wedding in May.

In June I realized that Match had charged me for another month so I decided to go on one last date, best decision of my life! Kirk and I decided to meet in Pittsburgh because it was half way for both of us.  I was told to meet him Friday at 5 and he would take care of the remaining details(I tried my best to get more info out of him but he said it was a suprise). Well we took the incline to Mount Washington,which was so fun and something I hadn’t done since i was 6, ate at Bella Vista, an amazing restaurant with a beautiful view of the city, and talked and laughed the whole time. I was definitely smitten, not only had he done more planning for that date than anyone before, he was so genuine. Neither of us wanted the date to end so we decided to go to Bar Louie for some drinks. I have never laughed so hard or smiled so much in my life. We walked along the river walk, had our first kiss, and he drove me back to my car. 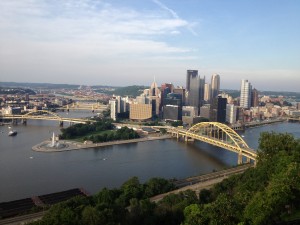 View from our 1st date on Mt. Washington

It was the first time I truly did not want the date to end, and in many ways it didn’t. We ended up going to lunch that Sunday and then to Latitude 360 on Monday and made plans to go to the pirate game that Friday. We lived an hour apart from each other, but that didn’t stop us from seeing each other at least once a week and every weekend for the next year. We did anything and everything you could think of, movies, ski trips, the zoo, comedy clubs, concerts, sporting events, dinners, ice skating, holidays, weddings, trips to lake, biking, and even paddle boarding, but more than anything we just loved being together. 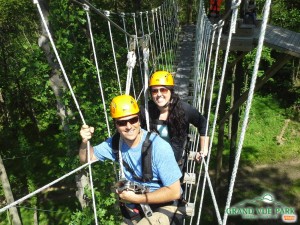 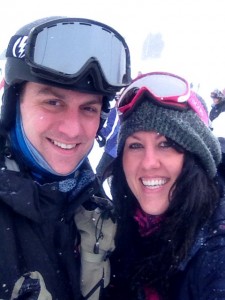 We both have crazy schedules working full time, me going back to school for nursing, and him going back for his masters, but we always find a way to put each other first. We take turns picking each other up when it all seems to be too much and just too stressful. I have never had that give and take in a relationship; he was constantly there for me showing what it truly meant to be someone’s other half. His love is so pure and unconditional I have never experienced anything like it. I could just be my goofy self all the time with no judgment.

After a year of dating he asked me to move in and of course I excitedly said yes. Everyone kept asking when he was going to pop the question and honestly I wasn’t sure. I knew beyond a doubt I was going to spend the rest of my life with him so I never gave it too much thought. Summer ended and the fall came with us enjoying our first Halloween and Thanksgiving living together and December was fast approaching.

our mr and mrs jack-o-laterns

He reminded me that we needed to plan a weekend to go ice-skating at PPG. He took me last year because it was something I had always wanted to do and we had so much fun we decided to make it “our tradition.” It has a huge Christmas tree in the middle of it and is surrounded by beautiful lights and is just magical. We decided to go the first weekend in December and were rained out; gotta love Pittsburgh weather. By the time Friday came back around I was exhausted, and knew he had a long week too, so I told him we could go another time, but he was adamant that we go because he didn’t want us to miss out on our tradition and our weekends tend to fly by (little did I know he had much more up his sleeve than keeping our tradition alive). 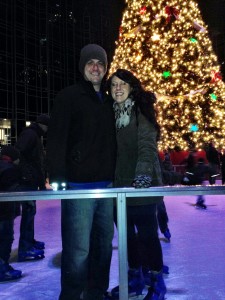 We met my sister and her husband at PPG, had a bite to eat, and then went skating. I was so happy to be there with him and was just enjoying the moment. He asked me to stop for a second because he needed to fix his skate. So there we were stopped in the center of the rink, I turned to see if he fixed his skate yet and saw him down on one knee. I won’t bore you with all he said, but it was the most beautiful and honest thing I had ever heard. I knew he loved me with all he had but to hear him say it and hear how much I meant to him and how amazing he thought I was and how much I have changed him for the better was indescribable. He got as far as “will you” before I yelled YES, I have never felt happiness like that and couldn’t stop shaking. The moment was what movies are made of and beyond perfect, just like Kirk is beyond perfect … for me. 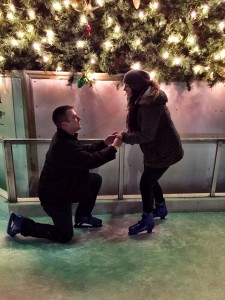 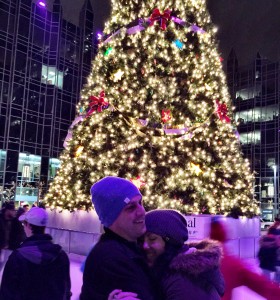 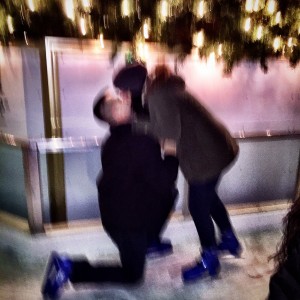 I hope this story made you smile and more than anything I hope it makes you want to never settle in any part of you life. Trust your gut and know that you deserve everything you have ever dreamed of and it will happen and can be yours if you just believe in yourself.

Today started like any other day. I took the kids to school, came home, and had ... END_OF_DOCUMENT_TOKEN_TO_BE_REPLACED

First, congratulations to the BlogU15 staff and organizers, nicely done. My husb... END_OF_DOCUMENT_TOKEN_TO_BE_REPLACED

This is me. This is who I am. I am honest, sometimes to a fault. I am a realist,... END_OF_DOCUMENT_TOKEN_TO_BE_REPLACED

You’ve done it, you know you have. You’ve completely butchered, or e... END_OF_DOCUMENT_TOKEN_TO_BE_REPLACED

Well, what was supposed to be a nice, productive Saturday and Sunday turned out ... END_OF_DOCUMENT_TOKEN_TO_BE_REPLACED

15 Days. Fifteen days that felt like an eternity. Having a child in the NICU is ... END_OF_DOCUMENT_TOKEN_TO_BE_REPLACED

I met Hugo and Gert Ehlers in late 1994. I quickly discovered they were hard wor... END_OF_DOCUMENT_TOKEN_TO_BE_REPLACED

Be Thankful on This Memorial Day

In honor of the brave men and women who have given their lives, take the time to... END_OF_DOCUMENT_TOKEN_TO_BE_REPLACED

It’s hard to believe that 4 years ago I knew pretty much nothing ab... END_OF_DOCUMENT_TOKEN_TO_BE_REPLACED