Be Careful How You Hashtag By “Work/Life Balance” You Must Mean: All Work, Bye Bye Life, and No Balance 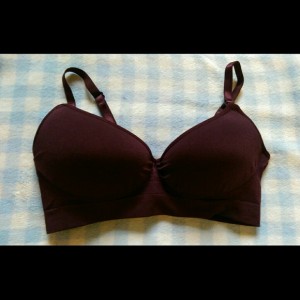 Why buying a nursing bra is okay.

Sometime last year I was in Target shopping for the ever-so-gracious bra that I seemed to either never fill out, or never fit in. There was always something wrong with them.

For example, why is the wire sticking out of the bottom?  Why is there even a wire in my bra? Who makes these? Did this person have big boobs?  I bet this person had no boobs at all. Do men like boobs? Then I stopped asking myself the exact same questions I ask every single time and started shopping.  Alright, over here there is a blue one, looks kinda cool… ohh but over here is a red one. That seems even better!  ALRIGHT!  Get it together ! …. Again, I start looking at my options.

First I try a plain white one with absolutely no padding. This was probably the worst idea possible. No padding = thicker wire. Thicker wire = death to chest testicles. SO, I quickly put that one to the side and moved on to the cute little red one. It seemed modest yet fun, while having just enough support for little to no boobs. By then I asked myself another question, Why do I care about my bra looking “fun?” … I put that one down, too.

One hour later, and almost twenty bras in, I found one that looked like a soft baby Lamb and as comfortable as a sheet of silk. I ran to it while my hair flipped behind me, feeling the freezing air hit my back. And thinking about how tight the bra was that I was currently in. How itchy and irritable a bad bra could make me! I picked up the bra, looked at the tag, and realized something was off…. instead of saying a size in bra terms, it said “Medium”. So I paused…. wiped my eyes, and looked at it again. BUT it still said “Medium”. Not only was the size off, but there was an odd string attached to it that clipped at the top of the bra. I wondered what in the world that could possibly be used for. It looked like a little phone slot. I undid the clip and BAM…. half of the bra was dangling by my belly button. Now clearly, being the person that I am, I thought this was the funniest thing in the world, not to mention quite awesome! Have you ever seen a bra that acted as a Transformer? … Didn’t think so!

So, I decided not to try this one on. I figured that if I just bought it as a size that would look like it fit, then it probably would. I made it all the way home while talking to my mom about how I finally found one and how excited I was that I wouldn’t have to go bra shopping again for a while!

On the day that I decided to wear the bra I realized that it was definitely not a normal bra… and that I was definitely right about the whole Transformer thing. This bra was actually a nursing bra! Imagine the look on my mothers face when her sixteen year-old daughter waked downstairs to tell her mother that she had just purchased a nursing bra! I was hysterical! How didn’t I notice? At that point I actually felt kind of embarrassed to be wearing the bra. After all, wouldn’t someone assume that I was nursing if I wore the bra?

But it was so comfortable! Can’t I just keep it?

And that is exactly what I did. I kept that maroon nursing bra, despite the fact that I am not pregnant, nor am I nursing. In fact, I have another ten years before I may become pregnant. To be honest, I kept the bra because it is the most comfortable one I have ever put on. It has absolutely no wires, so that means I don’t get a surprise stabbing throughout the day, PLUS, it even has a THICK BAND so it improves comfort automatically!

If you’re ever out and about, shopping for the right bra for you, pregnant or not, nursing bras are well worth it and very comfortable. I mean hey, if the bra fits, hook it up and wear it.

My, How Times…And Traveling Attire Have Changed!

Back in the 80’s, when I took my first flight, airline travel was a BIG de... END_OF_DOCUMENT_TOKEN_TO_BE_REPLACED

Caring For Animals Isn’t What I Do, It’s Who I Am

So as I’ve mentioned before in previous posts, I work part time as a vet t... END_OF_DOCUMENT_TOKEN_TO_BE_REPLACED

Well, what was supposed to be a nice, productive Saturday and Sunday turned out ... END_OF_DOCUMENT_TOKEN_TO_BE_REPLACED

I had the privilege of knowing Andrew Hunter Murray. He was a very specia... END_OF_DOCUMENT_TOKEN_TO_BE_REPLACED

Two weeks ago at Thirty-One’s Leadership Council (where the top 25 women ... END_OF_DOCUMENT_TOKEN_TO_BE_REPLACED

Being a Parent Makes Me…Uncomfortable.

Strangely, I feel like one of the most comforting things about becoming a parent... END_OF_DOCUMENT_TOKEN_TO_BE_REPLACED