How to Remove Crayon from the inside of a Dryer Male Celebs Dish: What It’s Really Like To Be Fameous 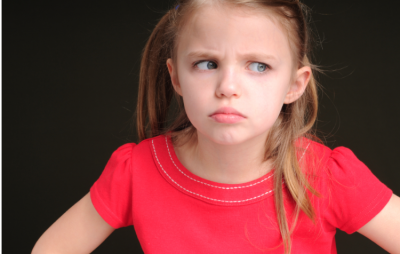 We are on the edge at my house. A very delicate, confusing, frustrating edge.

We are teetering on the edge of being a kid and coming into her own, and let me be the first to tell you: it’s maddening. I understand it’s a struggle, and people warned me, but honestly, I thought all this drama was saved for the teenage years. Not the pre-pre-teen years! SHE IS NINE!!

When did nine become the new thirteen? Why didn’t this mom get that memo?! You’d think with the endless emails and pieces of paper sent home from the school that clutter up my inbox and counter top, one of them could have mentioned that nine is the new thirteen?

All I can gather is that it’s very hard to be nine. Not the same way that it’s hard to be three because that one is different. When a child is three and tantrums are every other hour, the in-between hours are filled with cuddles and I love yous. Not when you are nine.

The in-between hours of tantrums of a nine year old (yes, tantrums!) are filled with sassing and “why does everyone hate me?!”

Just yesterday she was three. And I thought three was tough. But three has nothing on nine. Nine is a whole new scary beast that creeps up on your perfect little angel and eats them up and spits them back out in a form you do not recognize.

Every once in a while there is a glimmer of hope that my beautiful baby girl is still in there when she wants to cuddle on the couch or asks me to do her hair. Just as I realize how nice it is to have my baby back, she turns on me and screams…”WHO ATE ALL THE BLUEBERRIES?!?”

She is beautiful, talented and caring. She’s not the “mean girl”. As a matter of fact, she is one who shuts down the mean girls at school and welcomes the new girl with open arms. I’m so proud of her. I thought I was doing everything right as a parent. We always think that, don’t we?

But I fear that I’m doing it all wrong. That I’m an epic failure as a mom because I now have the sassy nine-year-old. Sure, sassy thirteen-year-olds people understand. But nine?!? I’ve clearly done something wrong.

Thirteen is different from what I can remember. It’s hormones and boys and friends. This is different. It’s a conflicting age because while they want to be big, they still have the emotions and insides of a kid. A missed problem on “Extra Math” (don’t get me started on the Extra Math drama!) can result in a full, toddler-style meltdown. But then in the next moment, a tongue full of sass comes flying at me from across the room and almost takes off an ear because she can’t stay up all night.

Who is this girl?

I have a feeling that this is just the beginning. We have many more years ahead of us to figure out and navigate together. They’ve always told me “big kids = big problems”. But she isn’t big! She is little! She is my baby!!

This is the time that a parent’s patience is really tested. You thought the toddler crying in the hall from a drop-down tantrum because you wouldn’t let her stick something in the outlet was testing. This is different.

This is one of those trials of a mom that we will all go through and come out the other side…in a decade or so. At least that is what I’m telling myself.

This article first appeared on BabyGizmo.com.

The Realities of the Tightrope of Life. What Does Work/ Life Balance Mean For Me?

Why Millennials Have a Bad Reputation

Thoughts on “The Scissors”

What “Working Out” Means To Me….

Since becoming a mom, I’ve learned that there are NOT enough hours in a da... END_OF_DOCUMENT_TOKEN_TO_BE_REPLACED

Why Most People Don’t Know How To Use Eye Cream

So I was kinda shocked when a few people I sold eye cream to, told me the... END_OF_DOCUMENT_TOKEN_TO_BE_REPLACED

Well, what was supposed to be a nice, productive Saturday and Sunday turned out ... END_OF_DOCUMENT_TOKEN_TO_BE_REPLACED

So what happens when we die? It’s hard to figure this one out because, wel... END_OF_DOCUMENT_TOKEN_TO_BE_REPLACED

If My Boyfriend Rapped About My “Lady Parts”, I’d Be Angry…Wouldn’t You?

So, I am all for sharing the dirty details about life and what it’s really... END_OF_DOCUMENT_TOKEN_TO_BE_REPLACED

My toddler and I had a great thing going. We napped when we wanted (yes, we). We... END_OF_DOCUMENT_TOKEN_TO_BE_REPLACED

The Weather and Your Mood

I just wanted to comment on how the weather can affect our moods. I am so happy ... END_OF_DOCUMENT_TOKEN_TO_BE_REPLACED