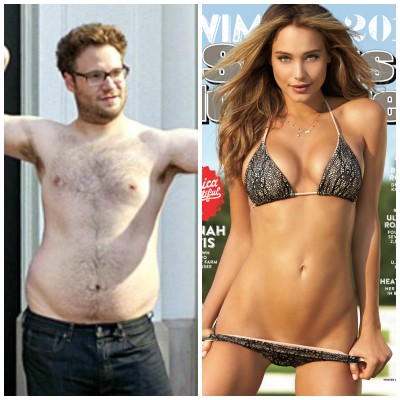 So, what the hell is the “Dad Bod”? It’s been trending on social media and showing up on the news lately and I’m not sure what to think of it. 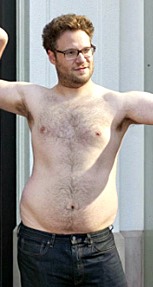 I guess this, “Dad Bod” has always been around…it’s the guy who is over the age of 25 and has a healthy balance of hitting the bars and hitting the gym. He wants to look good for his lady, but loves his beer just as much as he enjoys his “high protein/low carb” meal to come in the form of chicken wings. Underneath the belly hair and beer gut you’ll find a nice set of strong abs, but this is not for all to know – only a select few will ever get the privilege to know that this man is “ripped”. And lastly, somehow, this guy is always popular; he had loads of friends and enjoys his social time. Probably because he’s not spending every last waking second at the gym, right?

Well, call me crazy, but women seem to LOVE the Dad Bod! Oddly enough, the super fit guys, like the ones in Magic Mike, come across as self-centered and insecure; why do they feel the need to be spending SO much time at the gym? I mean yeah, sex sells, but at the end of the day, I’d rather be next to a smart, intelligent, funny, empathetic, chubby guy over some muscle head who is only concerned with himself. For me personally, I was lucky enough to marry a rare breed of man…one who is super concerned with being fit, but also holds the traits of the man who typically has the “Dad Bod”. Wow, I feel special!

…at the end of the day, I’d rather be next a smart, intelligent, funny, empathetic, chubby guy over some muscle head who is only concerned with himself.

So, anyway, I said I was not sure what to think of this whole Dad Bod thing and here’s why…why is it called the “Dad” bod? And what about the “Mom Bod”? Women bear the child and deal with ALL KINDS of bodily changes including stretch marks, fat in extra places, saggy boobs, a stretched uterus, and the urge to pee when we laugh, sneeze or jump…but yet, “sexy” for a woman is still the extremely slim, barely clothed, ripped, long haired woman – who does not represent the “mom” community the least bit! If a mom chooses to only workout periodically (or never), she is considered chunky, think, or even frumpy! I know, a lot of guys are all-about-that-base, but it’s not really what is projected, especially on TV, magazine covers, and social media.

Facebook, Instagram, and Twitter are full of selfies, especially from women, but how many “takes” and “edit’s” did it take for you to publish the one you did? LOTS! I mean, the standard is set pretty HIGH (see right). To get the perfect selfie, you have to make sure you have the right light, angle, makeup, and that you crop out that extra arm fat, right? Or you have to exhale so hard and hold your breath to make your stomach look thin that you literally pass out mid selfie! Sheesh, it takes a lot of effort for a woman, let alone a MOM, to look “good”. But, not the man who owns the “Dad Bod”…he’s hairy, fluffy, and fabulous with very little effort? WTF? It’s just not fair!

I have nothing against the “Dad Bod”, I actually agree with the fact that sexy can be something other than tanned, toned, and perfect!

So, to wrap this up, I’ll finish by saying I have nothing against the “Dad Bod”, I actually agree with the fact that sexy can be something other than tanned, toned, and perfect. However, we need to shift this thinking towards females as well! Let’s empower the “Mom Bod”!

So what IS the “Mom Bod”? It’s not perfect – that’s basically it. I would say the “Mom Bod” could be defined as a woman over 25 (or who’s had a baby) who tries her best to fit working out into her busy schedule, but also enjoys a grande Carmel Ribbon Crunch Frappaccino from Starbucks every now and then (or everyday) along with a cupcake, cookie and/or piece of pizza (sometimes). The woman who wears the “Mom Bod” is strong mentally, but also physically from picking up her children hundreds of times per day. She’s not fat, but she’s not a toothpick either – she’s got muscle, but it’s not bulging. She also has a lot of friends, but may not have the time to socialize with them as often as she’d like and her close friends and family see her inner AND outer beauty.

I challenge us women, in true WIRL style, to start posting the “real” you online and on social media; no filters, cropped pictures, or retakes – just the raw, real you! Show us what it’s really like.

I’m sure we all know a woman who may be insecure in her “Mom Bod”, we all are! I challenge us women, in true WIRL style, to start posting the “real” you online and on social media; no filters, cropped pictures, or retakes – just the raw, real you! Show us what it’s really like. And, I’ll bet we’ll find that men LOVE it…just as much, if not more, than women love the “Dad Bod”.

What do you think? I’d love to see your thoughts in the comment box below.

(Watch this video below for more of a dialogue of this “Dad Bod” vs “Mom Bod” conversation.)

What Working Out Means to Me

I was inspired to write this WIRL after reading about Jacquelyn Frazier. Jacquel... END_OF_DOCUMENT_TOKEN_TO_BE_REPLACED

Life Without a Gallbladder

Last April, I started having severe stomach issues and they got progressively wo... END_OF_DOCUMENT_TOKEN_TO_BE_REPLACED

Why I Love to Workout

This topic is near and dear to me. As a kid I was never an athlete. Didn’t... END_OF_DOCUMENT_TOKEN_TO_BE_REPLACED

If you can, think back to your younger years, maybe when you were grade school a... END_OF_DOCUMENT_TOKEN_TO_BE_REPLACED

Earlier this week, I was looking for an afternoon snack to feed my toddler (and ... END_OF_DOCUMENT_TOKEN_TO_BE_REPLACED

We REALLY Were Awesome In Middle School: BlogU 15

If you’re anything like me, you read views and do your research before you... END_OF_DOCUMENT_TOKEN_TO_BE_REPLACED

From time to time we all stress out about something. Whether it be school, work,... END_OF_DOCUMENT_TOKEN_TO_BE_REPLACED