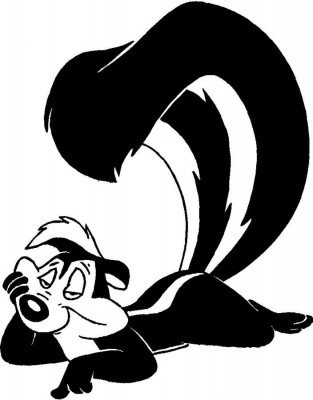 These are the famous last words of parents with children under the age of five before discovering the source of a particularly pungent smell. This statement is usually uttered while driving down the road or while settling in the living room to watch a little late evening TV. If you are a parent you know the job can be smelly business. I am still waiting for Mike Rowe to do an episode of Dirty Jobs on the occupation of parenting.

Our house possesses no shortage of a variety of smells. Some days are better than others. It usually is a balance somewhere between locker room, gourmet kitchen, waste water treatment plant and field full of wildflowers.

Like Father, Like Son
Unfortunately, my oldest son has inherited his parents feet. His feet are wide like mommy’s and stinky like daddy’s. Since he is growing so quickly we usually elect to buy him shoes that are an off-brand to save money. I am not sure if the lower grade material amplifies the smell or that his feet stink that much. Living in the south produces challenges on its own with high humidity and high average temperatures. You can imagine the stench that is produced when a sweaty preschooler removes his shoes in the back of a car after playing hard for an hour in the July Georgia heat. *Author’s note –   Although he has been running around the house today without shoes on, my son just ran by and crop dusted me on the way to the “potty” as I was sitting here typing this post.

Trash Tricks
Another problem that poses itself in the southern heat is the trash. During the summer months my wife and I have to strategize the week’s menu based upon its “smell factor” by which it decomposes in the trash can. I can always count on having chicken on Tuesday or Wednesday leading up to trash day on Thursday to shorten the life of the horrendous rotting odor that is emitted with discarded chicken scraps. Typically perfectly cooked chicken can turn over in less than eight hours in the southern summer months.

Fallen Soldiers
Leftover snacks, juice/milk sippy cups and fallen foodstuffs all leave an undesired wasteland in family vehicles. Some of the items are immediately found others are discovered later when the real catastrophic mess happens. Usually by then the damage has been done and the smell has made itself permanent. One of the most difficult things to do is to keep a car clean with a toddler and a newborn. This is near impossible to accomplish this feat in the interior of a newer car. Tack on a wife who has the family nickname, “Puddles” and you could have yourself a real problem.

Dirty Deeds Done Dirt Cheap
I used to have a roommate in college who thought the lyrics to this ACDC song were, “Dirty deeds and the Dunder Chief”. After he was called out on his lyrical snafu, some of my college friends actually considered dressing up as the Dunder Chief for Halloween. After much debate and many adult beverages, the costume idea died after no one could decide on what the great Dunder looked like.

That story reminds me of another fine skill that I learned in college, The Smell Test. You can only imagine the types of smells coming out of an all-male college apartment. (Let’s not omit the other gender population. Ladies, I have been in plenty of all-female college apartments 10-times as nasty as our little hole. I will not pass judgment or gender discriminate. In elementary school learned about Santa and in college I learned that girls are not sugar and spice and everything nice.)  The dominating odors that I recall lofting through my college apartment were a delicate perfume blend of stale beer, rotting pizza, Hawaiian Breeze Plug-ins and musk. Somewhere in the barrage of college life, hopefully one does laundry. During the hustle and bustle of a college week, laundry comes and goes and most of it rarely gets put away. Laundry does not come with a born on date so it is often difficult to know its shelf life. This is especially true if you were anything like a typical college student that when it came time to do laundry chances are you took a truckload of it home with you to your parents’ house every four weeks or so. It was there on campus that I perfected the smell test with the motto, “When in doubt, sniff it out”.

The Smell Test has become an important attribute of fatherhood as it can signify a diaper change, time of death of a fallen soldier (see above) or when a toddler DIY post-#2 “all by myself” wipe might not have been mission accomplished. Parenting requires the versatility of steady nose and the ability to breathe out your mouth.

“Where Did That Come From?!”
Potty training your toddler will cause your nose perk up and ask, “Where did that come from?” and your eyes ask, “WHERE DID THAT COME FROM???” Flatulence, bowel movements, “tee-tee”, formula burps, spit up, projectile vomit, snot waterfalls  – parenting is not for the faint of heart or the non-iron stomached. In high school, my brother’s friends could make our friend Mike almost instantaneously vomit just by making gagging gestures and barfing noises. Today he is the father of two beautiful children. I am still not sure how he persevered during the “bodily fluid years”.

I will never forget on a recent road trip home for Thanksgiving with my first born son. We drove straight through the night so that he would be asleep for most of the trip. Around the beginning of rush hour we were making our way through Cincinnati, Ohio.  While maneuvering in and out of traffic at 75 miles-per-hour my wife and I hear a gurgling sound from the backseat that was surprisingly louder than the car radio. She and I looked at one another wide eyed and turned around.  We knew that the enormous amount of dairy that he had just consumed at the hotel continental breakfast (milk and yogurt) was about to appear in the backseat. Nearly three seconds later there was a milky shower pouring in, out and over his car seat. The sour odor of dairy by-product immediately filled the warm interior of my car that had its heat blasting to take the chill off from outside. After several treatments with carpet cleaner and Febreze, I resorted to covering nearly my entire backseat with baking soda. I rode around for the next month and a half until the remedy finally conquered the smell. Absolutely awful.

Take it from me, as a parent of two boys and after changing an infinite number of diapers I now know exactly what the Dunder Chief looks like (and smells like).

I am currently leading a Success Camp for 17 amazing women on my Executive Direc... END_OF_DOCUMENT_TOKEN_TO_BE_REPLACED

I have struggled with GERD (gastroesophageal reflux disease) and LPR  (laryngoph... END_OF_DOCUMENT_TOKEN_TO_BE_REPLACED

What Is It REALLY Like to Attend the Blog U Conference? Prompt: We want to hear ... END_OF_DOCUMENT_TOKEN_TO_BE_REPLACED

I made the dough exactly as written but cut the dough ball in half to make 2 cak... END_OF_DOCUMENT_TOKEN_TO_BE_REPLACED

Do you know the REAL reason that American’s celebrate the 4th of July? We&... END_OF_DOCUMENT_TOKEN_TO_BE_REPLACED

I Don’t Want To Be A Champion For Abused Women

I’m doing a challenge to blog every day in May. Today’s prompt is “The story of ... END_OF_DOCUMENT_TOKEN_TO_BE_REPLACED

I went to BlogU this weekend, one of my most favorite weekends of the year becau... END_OF_DOCUMENT_TOKEN_TO_BE_REPLACED