Shut Up and Dance with Me – How to Lead and How to Follow D: Dreams – What It’s Really Like 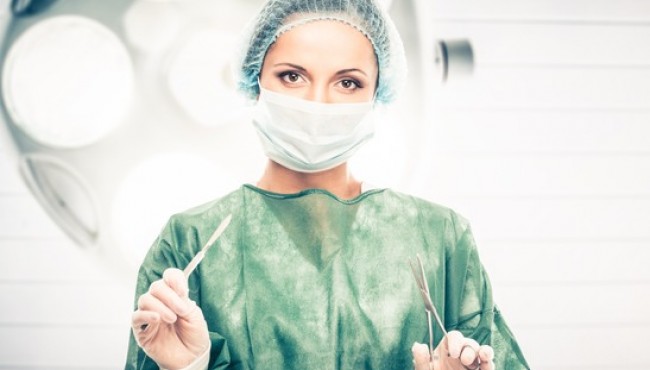 It wasn’t until I was in my twenties, that I learned I was a mistake.

I was sitting at my parent’s dinner table. We were just chit-chatting about life, school, and other, you know, normal, non-life-altering conversations that could make you re-think your entire being, when it casually came out.

My dad looked at me like I had ten heads. Then, in his thick Italian accent, and very matter-of-factly, he said: “Well, we had-a four boys. Then, we finally had your sister – our girl!” He paused, put his hand on mine, looked right into my eyes and said: “Why de fack would we want another one?!”

I stared at him blankly, wide-eyed and slow-blinking. My mother piped up, in her strong New York accent: “But we’re so glad you’re HEA!”

Anyway, I’m thinking of this a lot today because I am 18 weeks pregnant, and yesterday was the day we found out what’s cooking. Turns out, it’s a BOY!!

One of the first things people have said to us over the last 24 hours after hearing the news is “Yay, now Greg can go get snipped!!!” I think this is funny, and totally get why people say that – it makes sense that someone would want a boy and a girl. Maybe we never looked at it like that because I am the youngest of six children; 4 boys, then my sister, then me. My husband is one of four children; an older brother, a twin brother, and a younger sister. So I guess our parents kind of took the concept of a “complete” family and ran with it. And this extends beyond our parents; one aunt and uncle had six kids, and another had four. There were so many first cousins running around on any given family party that I don’t even know how anyone kept track. Our families didn’t have babies, they had litters.

In our case, our choice to have another baby was not a mistake; we knew we were ready to grow our family. Truth be told, Greg actually wanted another girl, and we both really were convinced that a girl it would be. It’s not that he has anything against boys, it’s just that he is a little worried about what kind of boy he would produce. Him and his brothers were off the walls growing up, so he is a bit terrified.

But it doesn’t matter – we’re having a boy! A little boy!! So yes, one and one. For now. Because we never even talked about, you know, the snipping. I mean, what if we’re not done yet? What if, after another year or two, I’m not ready to hang up the ‘CLOSED’ sign? What if our upbringings get the best of us and one day, after I finally begin to feel like myself again, and the two miraculously are sleeping and eating and on manageable schedules, I drink too much cheap wine, go bat-shit crazy and decide I still want to birth a litter under the stairs? THESE ARE THE THINGS I JUST DON’T KNOW YET.

I have no idea if that will be the case, or if it would even be possible. Maybe two is our magic number. I do know that, after having Penelope, as much as I love her, there were moments where I couldn’t even imagine entertaining the idea of having a second child in the first place because WHAT WAS I TAKING CRAZY PILLS?! I thought of women who had multiples and was in awe. I still am. Because babies are a lot of work. I mean, I knew it, but you don’t reeeeeeally know the ins and outs, the messy, tired, repetitive, taxing parts of it until your little one is here. Of course, you made the decision to have a child. Of course, you are going to do your best to take care of this tiny human with a fierce kind of love and determination you never had before, the kind that trumps getting poop on your finger, spit-up in your hair, and makes you constantly second-guess if you are even doing this right, for crying out loud.

My mother had all six children within eight years. That’s not a typo. Let’s just say it – she is a special kind of crazy. I often ask her, “What were you thinking?” and each time, she shrugs her shoulders and her response is always the same: “I wasn’t!” When I ask her how the heck she handled all of us, she just says that she still has no idea, and that you just do it, you don’t have time to think about it.

My aunt Angela had an entirely different response than the norm when I shared the news. Instead of reaching for the scissors, she said: “Yay! Then next time, whatever it is will be a sibling of the same for him or her!”

But she gave me the best response. She said: “All I can say is, if you like it, it works, no matter how many there are. Don’t think of it as work, it was a lot fun. Nothing is like a house full of little kiddies. I would have had two more.”

At this point, I’m just thankful for happy and healthy. I feel so content with Penelope, and all I can think about is watching this tough little cookie give her little brother a run for his money. This, to me, right now, feels complete, but we will see what the future holds.

“I would have had two more. Don’t think of it as work, it was a lot of fun.” I’m raising my non-alcoholic beverage to you, putting the scissors in the drawer, and saying that, no matter what your situation, let’s make it fun.

This post was originally published by Alessandra Macaluso on Punkwife.com.

Alessandra Macaluso
Alessandra Macaluso is author of “The Bitch’s Bridal Bible: The Must-Have, Real-Deal Guide for Brides”, available on Amazon and Kindle. Alessandra also writes screenplays and articles, and is a blogger for The Huffington Post. She has contributed to Scary Mommy, Uptown Magazine, Charlotte Magazine, and many other publications, and was featured in the New York Times “Life and Style” section. Her original screenplay, “Polar Suburbia”, placed as a semi-finalist in the 2009 Moondance Film Festival. Alessandra is currently working on two book projects: a book about pregnancy called "Bump Therapy", and a cookbook filled with healthy, fresh and easy recipes for babies and toddlers that the whole family can enjoy (because really, who wants to cook twice?). If you'd like to get on that mailing list, you can do so here: http://www.whatagoodeater.com. To learn more about Alessandra you can visit her blog at punkwife.com or visit her Google Author Profile.

An Old Man in a Music Video Once Said…

Hello my name is Michele Barrett. I have been a stay at home mom for the past 9 ... END_OF_DOCUMENT_TOKEN_TO_BE_REPLACED

I See My Father in My Son

I see my father in my toddler son when he looks at me – they share those same go... END_OF_DOCUMENT_TOKEN_TO_BE_REPLACED

I had no idea what to expect and tried to hold no expectations lest they be the ... END_OF_DOCUMENT_TOKEN_TO_BE_REPLACED

How to Prepare Meat During Your Child’s “Meat-Fickle” Phase

Something happens when a toddler approaches 1 ½ years old.  It happens to the be... END_OF_DOCUMENT_TOKEN_TO_BE_REPLACED

Hi there! I am Renee, hailing from New York, 28 years old, engaged to the best g... END_OF_DOCUMENT_TOKEN_TO_BE_REPLACED

Being a standup comedian might be one of the toughest jobs out there. Ser... END_OF_DOCUMENT_TOKEN_TO_BE_REPLACED

We sat down with a successful DIY / Furniture Repurposing blogger, Bre, from Bre... END_OF_DOCUMENT_TOKEN_TO_BE_REPLACED

The Circle of Life..

The last few weeks have been very difficult..  my mama’s boy,  my baby dog... END_OF_DOCUMENT_TOKEN_TO_BE_REPLACED

So my mother is one of the hardest people to shop for in the history of f... END_OF_DOCUMENT_TOKEN_TO_BE_REPLACED