My Skin Won’t Stop Me What to Wear 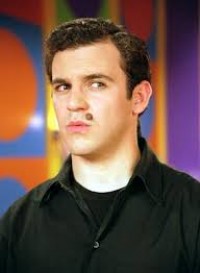 My MOLE is only skin deep. My skin won’t stop me because it does not define me or who I am.

As a child growing up, we all saw witches in the movies. They were old, ugly women with long hair and a GIANT MOLE, most of the time, on their nose or somewhere on their face. Or we all laughed seeing Austin Powers in Goldmemeber making fun of Fred Savage‘s character “the mole”, because he had a large mole on his face. The MOLE was usually dark brown or black in color with hair on it. YUCK!!

As a baby, I did not have a mole, but a tiny little dot on the right cheek of my face. Just the size of a pin prick. Nothing was ever said about it but as I grew, it grew.

I remember the first time my MOLE was brought to my attention. I was in first grade and in line to go to lunch with my fellow classmate. A boy, who will remain nameless, but I will never forget, said to me in front of everyone…”Why don’t you pay a rat a quarter and have it chew that thing off your face!!!” At first I did not know what he was talking about. I went to the restroom, looked in the mirror and BAM…there it was! A MOLE! I didn’t know how it got there or why it was there, but this boy told what seemed like the whole world about it and I did not like that.

Over the years, I used everything to try to get rid of it. Facial acids, hemorrhoid creams, buffing pads, make-up or just about anything to try and make it disappear. I went to several doctors and they told me “It is just a jelly-mole” or “There is nothing we can do for it” or “We can shave it down but that is going to leave a bad scar.” None of those “explanations” satisfied me. I remember one time going to my allergist because I was having major issues, and all he kept saying to me is how he would love to cut that MOLE off my face. How does allergies relate to my MOLE??? I never went back to see him again!

A friend, her daughter, and I were heading to the mountains to snow-tube. It was an amazing day. Her daughter, I think was 7 or 8 at the time, turns to me and says: “Why is their a nipple on your face?” Her mother, mortified, and I was just laughing because how creative a young mind can be and how children have no filter. I told her that it was a MOLE. She asked if she had moles and her mother told her yes, and now eat your powdered donuts and drink your chocolate milk. The car was silent and I thought, if this little girl thinks I have a nipple on my face, what does the rest of the world think?

A year later I decided to do something for myself. I decided to have some Boudoir photos taken. I went and got a spray tan, nails were polished, hair was big and curly, make-up was perfect, and felt like a million buck in my new black Victoria Secret black panties! I let it all out! It was amazing and freeing! That night I got the proofs and I loved them all but could only pick out three images to have them touched-up. After looking at them, I narrowed it down to final three pictures. I emailed the photographer telling him which ones and one week later I received an email from him with the final product. THERE THEY WERE!!!!!!!! JUST AMAZING!!!! DAMN, I LOOK HOT!!!! But wait…..where is my MOLE??? The photographer air brushed it off. The photographer thought that I didn’t want the MOLE in my photos and he thought I would look better without it. Well, WHO THE HELL WAS HE????? That was my MOLE…that is who I am! That MOLE is mine. Who was he to tell me how I would look better. I was beyond offended. Now when I look at those pictures I don’t see me. I see a person without her personality, without her beauty mark, without her MOLE.

I know my MOLE does not define me as a person but it is apart of me. I guess it is my “calling-card”. I have grown to accept my mole because it is a part of me. It will be on my face till the day I breath my last breath… unless it is my life or the MOLE and then THE MOLE HAS GOTTA GO.

Red Is My Favorite Color… But Not On My Skin

I like to think of myself as a friendly person. I like the idea of knowing my ne... END_OF_DOCUMENT_TOKEN_TO_BE_REPLACED

Employee’s Confess: The Downside of Working for Apple

Apple ranks as one of the top tech companies in the world. I mean, who do... END_OF_DOCUMENT_TOKEN_TO_BE_REPLACED

We should never forget September 11, 2001.  However, we do need to move on, to c... END_OF_DOCUMENT_TOKEN_TO_BE_REPLACED

15 Days. Fifteen days that felt like an eternity. Having a child in the NICU is ... END_OF_DOCUMENT_TOKEN_TO_BE_REPLACED

Hi there! I am Renee, hailing from New York, 28 years old, engaged to the best g... END_OF_DOCUMENT_TOKEN_TO_BE_REPLACED

Today started like any other day. I took the kids to school, came home, and had ... END_OF_DOCUMENT_TOKEN_TO_BE_REPLACED

I have been in the medical profession for over 20 years. I worked as a nurseR... END_OF_DOCUMENT_TOKEN_TO_BE_REPLACED

My Trip to San Francisco

If you follow me on social media, you probably know that I recently went ... END_OF_DOCUMENT_TOKEN_TO_BE_REPLACED

How to Calculate Retirement Age